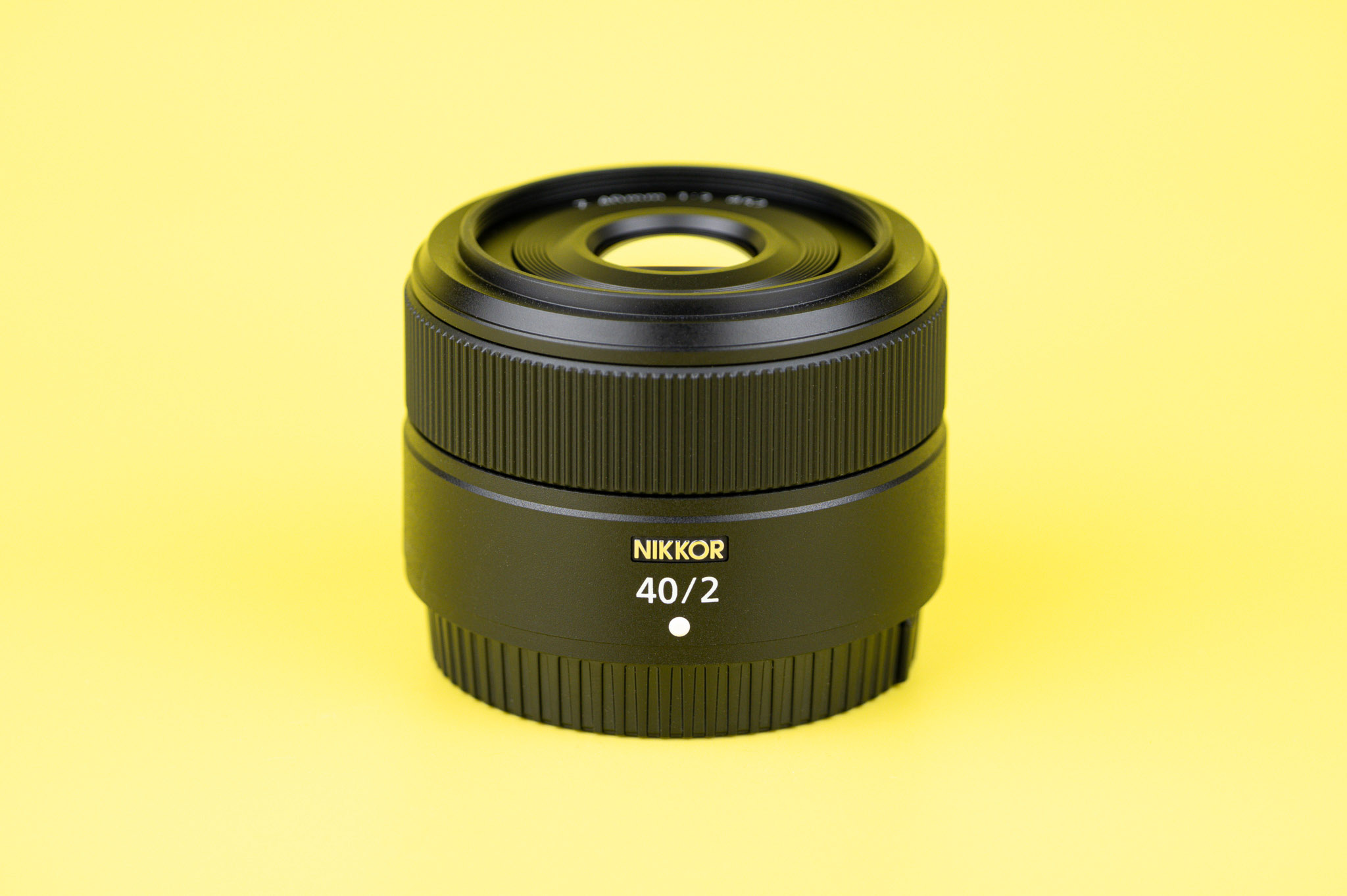 For years, one of the biggest reasons to choose a mirrorless camera over a DSLR was to save weight. Not all of today’s mirrorless cameras follow that pattern – just look at the Canon EOS R3 and Nikon Z9 – but saving weight is still a high priority for many mirrorless photographers. That’s why I was so excited to test two of Nikon’s lightest mirrorless lenses recently: the 28mm f/2.8 and the 40mm f/2. The 40mm f/2 is what I’m reviewing today. 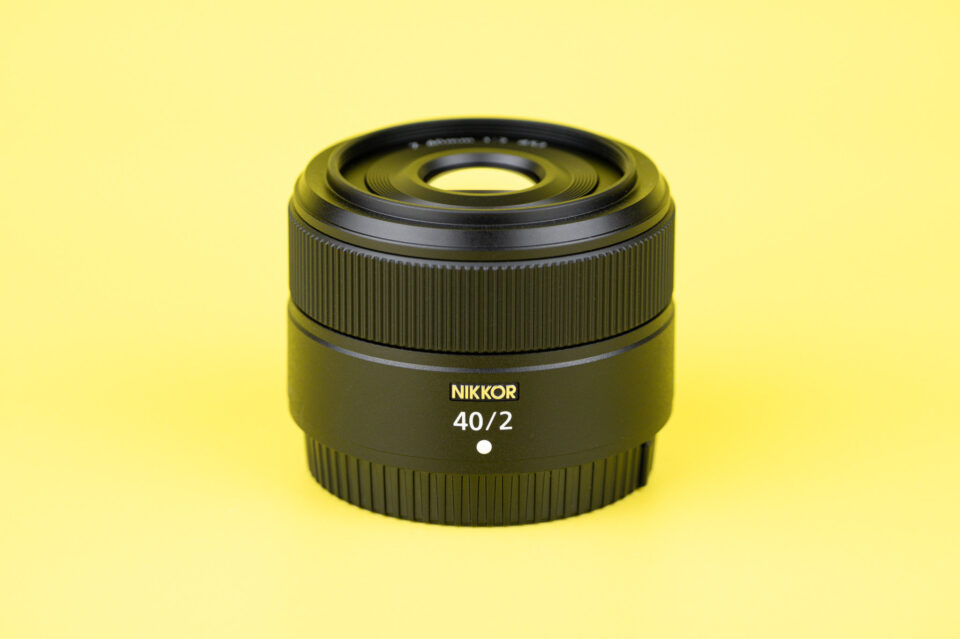 I’m not saying that the two kits reach the same level of performance, but it goes to show how quickly the mirrorless weight advantage can evaporate. That’s where the Nikon Z 40mm f/2 comes in. Pair it with the same Z6 II, and the whole setup weighs 875 g / 1.9 pounds. You won’t easily beat that with a DSLR.

Then there’s the issue of price. Most of Nikon’s mirrorless lenses are excellent performers, but they’re hardly cheap. To save hundreds of dollars, I’m sure that plenty of photographers would be willing to lose a bit of build quality and optical features, so long as the compromises stay reasonable. Since the Nikon Z 40mm f/2 is $300, it’s an easy lens to justify for someone who just wants a prime lens without much hassle.

Although some photographers may wonder why this lens is a “nifty forty” rather than a “nifty fifty,” it can serve a very similar purpose at the end of the day. The f/2 maximum aperture is plenty if you want a blurry background, so long as your subject is close enough. And with a focal length between the classic 35mm and 50mm perspectives, it works well as a walk-around lens that is neither too wide nor too narrow for common, everyday subjects.

That’s the sales pitch for the Z 40mm f/2 in a nutshell. It’s light and well-priced, and it’s a useful focal length to keep on your camera by default. Even though the lens doesn’t earn Nikon’s “S-series” designation – signifying that it may not have the same optical performance as their best glass – that’s not a problem for most photographers. So long as the Z 40mm f/2 is reasonably sharp and doesn’t have any glaring faults, the weight and price alone will be enough to keep it popular.

Throughout this review, that’s the standard I’ve tried to keep in mind. No one expects perfection out of one of Nikon’s cheapest lenses, but is it still a good choice for lightweight/budget photographers? I’m getting a bit ahead of myself, but the answer is yes – although the lens is hardly without its faults. That will become clearer as you read further in the review.

For now, let’s take a look at the complete specifications of the Nikon Z 40mm f/2.

Those are hardly the most advanced specifications, especially for a Nikon Z lens. Two of the lens’s six elements are aspherical, but that’s about where the special glass stops. There is no fluorine-coated front element, no ED glass elements, and no nano crystal coating. Not to mention that the lens mount is plastic, a signature of lower-end lenses.

Granted, these underwhelming specs serve a purpose. If the Z 40mm f/2 had more advanced features, it wouldn’t shine in the two most important points on the list above: the weight of 170 g / 0.37 pounds, and the price of $300.

Is the tradeoff worthwhile? On balance, I think so, but it’s a tricky question. Let me dive a bit more into the build quality and handling of the Z 40mm f/2, and you can make that decision for yourself.

One of the biggest selling points of the Nikon Z 40mm f/2 is that it’s such a small and portable lens. It’s not quite a pancake lens – some photographers refer to it as a “muffin” lens instead – but either way, you’ll hardly notice when it’s on your camera.

As I mentioned a moment ago, one reason for the minimal weight of 170 g / 0.37 pounds is the all-plastic exterior of the lens. That even includes the lens mount – definitely not a part of the lens that I’d want to be plastic. 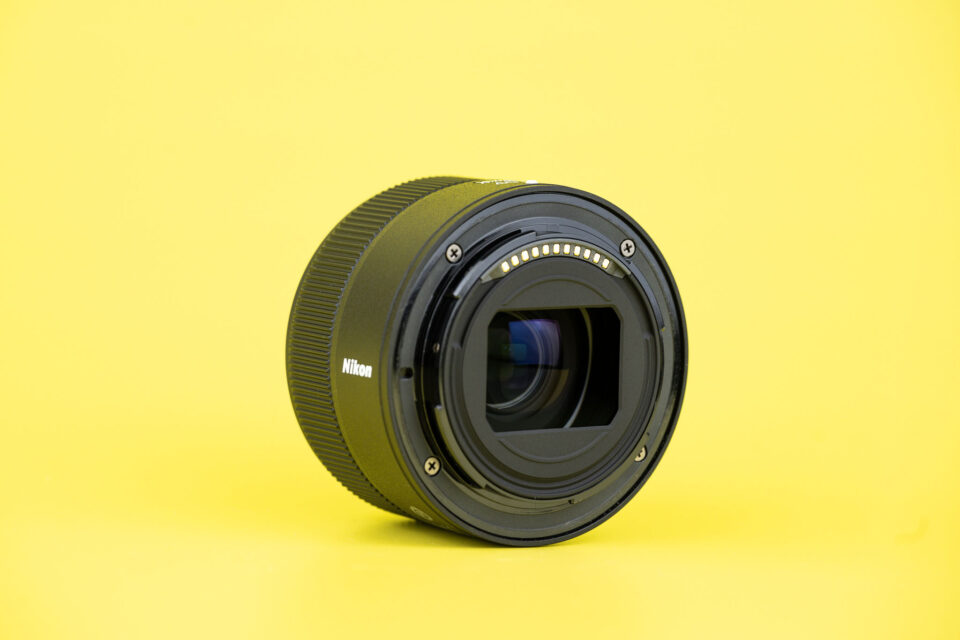 I don’t think the choice of a plastic lens mount was a weight-savings measure so much as a cost-savings measure. But this isn’t a good area to compromise, as the lens mount needs to be one of the sturdiest parts of a lens. Since it attaches to the metal bayonet of Nikon Z cameras, the Z 40mm f/2’s mount will inevitable wear down and scratch over time.

Beyond that, due to the lack of a fluorine coating, water and dust tend to stick to the front element of the 40mm f/2 more than on some Nikon Z lenses. The small size of the lens’s front element helps somewhat in rainy conditions, but it’s still a point against the lens for usage in harsh weather.

Other than that, I am actually pleasantly surprised with the 40mm f/2’s build quality and construction. There are no moving external parts on the lens at all, and the design is built to tight tolerances. In a variety of weather conditions, from dust to freezing rain, the Z 40mm f/2 functioned like normal. If it had a metal lens mount and a fluorine-coated front element, its build quality would earn a perfect 5/5 in my book. 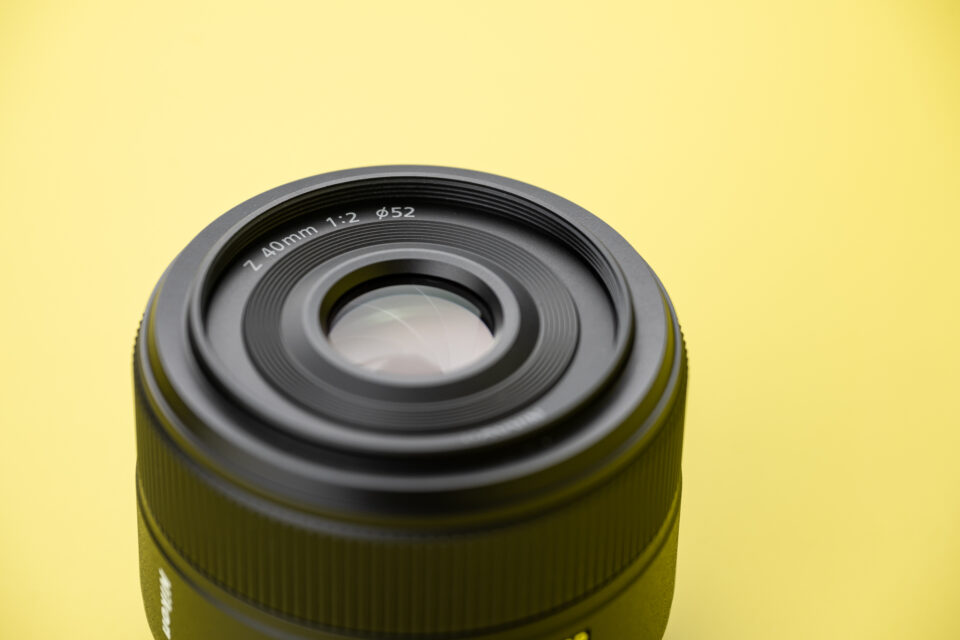 Note that there is also a “Special Edition” of this lens, which is officially called the Nikon Z 40mm f/2 SE. The Special Edition costs just $10 more than the standard version of the lens, and it changes the exterior design to look more retro. Otherwise, the two lenses are identical, including their optical design, weight, and size. You can see the Special Edition here.

With that, let’s cover the handling features of the Nikon Z 40mm f/2 – not that there’s much to cover!

The 40mm f/2 has very few handling features at all. There are no switches on the lens, and there’s only one control ring (which 99% of photographers will keep assigned to manual focus). This makes it one of the most sparse lenses Nikon has made since the film age.

At minimum, I would have liked to see an AF-M switch like the one found on most other Nikon Z lenses. Because there isn’t one, you’ll need to open the AF settings on the camera itself if you want to disable autofocus.

Still, the lack of handling features means that there’s not much to complain about, either. It’s a very straightforward lens that gets out of your way most of the time. I mentioned earlier that the low weight makes it easy to forget that the Z 40mm f/2 is on your camera. The lack of any buttons or switches contributes to that impression.

Next up, I’ll cover the optical characteristics of the Nikon Z 40mm f/2, including focusing performance and sharpness tests in the lab. Click the menu below to go to the next page of this review, “Optical Features”: