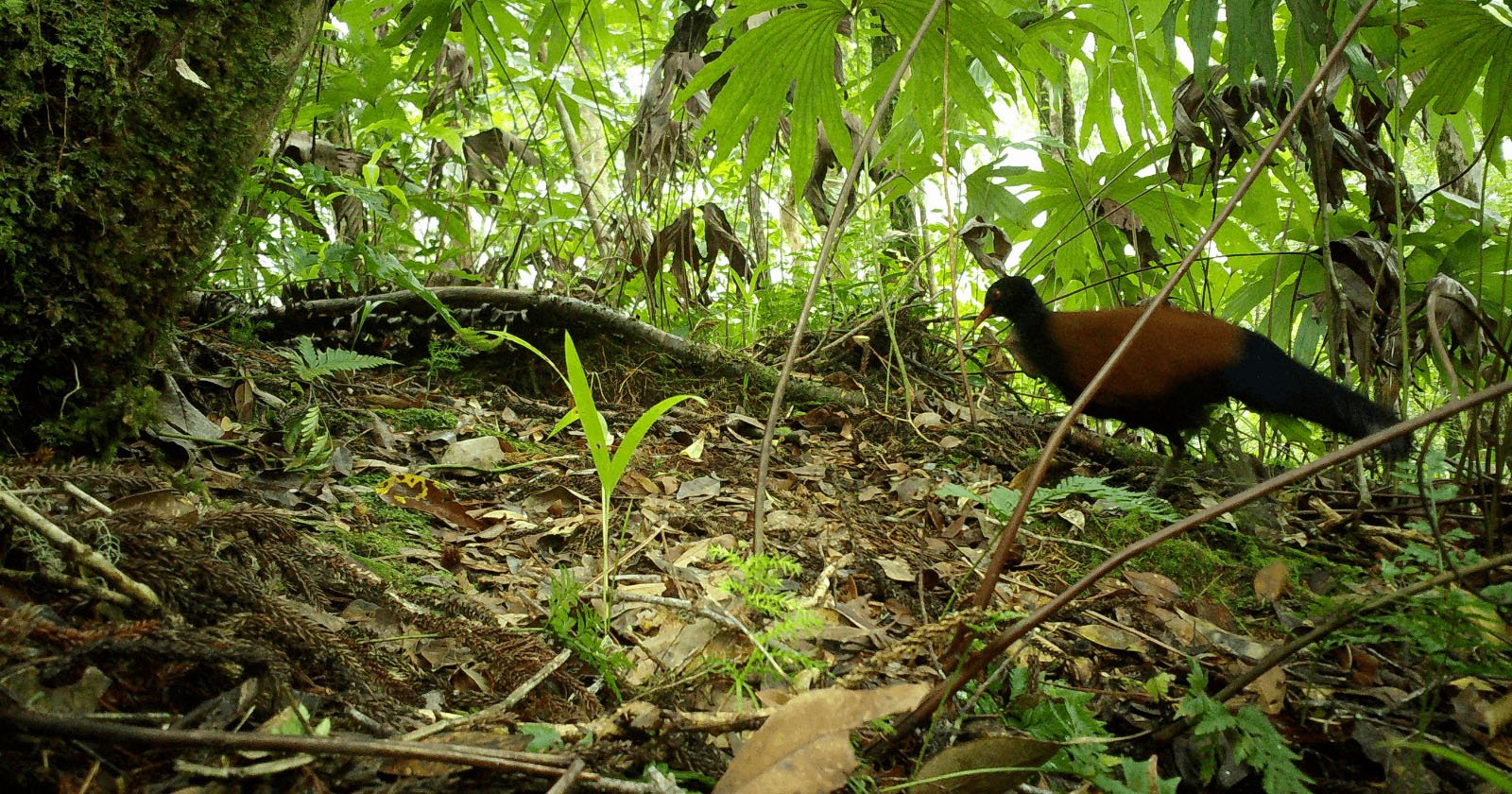 The bird only lives on Fergusson Island, a rugged island in the D’Entrecasteaux Archipelago off of eastern Papua New Guinea, and while it has been seen by local hunters over the years, it hasn’t been observed by scientists since its original documentation in 1882. It has never been captured on camera, until now.

A research team captured the rare and elusive pheasant-pigeon with a remote camera trap after working for a month on the island trying to catch a glimpse of it.

“When we collected the camera traps, I figured there was less than a one-percent chance of getting a photo of the Black-naped Pheasant-Pigeon,” Jordan Boersma, a postdoctoral researcher at Cornell University and co-leader of the expedition team, explains. “Then as I was scrolling through the photos, I was stunned by this photo of this bird walking right past our camera.”

The discovery was shared through the American Bird Conservancy (ABC) and John C. Mittermeier, Director of the Lost Birds program at ABC and co-leader of the expedition, says it felt like finding a unicorn.

“It is the kind of moment you dream about your entire life as a conservationist and birdwatcher,” he says.

ABC explains that the expedition team arrived on the island in September with the goal of capturing one of these rare birds on camera. The group spent a month traveling around the island and interviewing local community members to identify the best locations to set up camera traps with the hope of seeing one.

In addition to the bird’s rarity, the landscape was not particularly conducive to a search as the mountainous area is steep and challenging to navigate.

The team placed 12 camera traps on the slopes of Mt. Klkerran, Fergusson Island’s highest mountain, in addition to eight more cameras placed in locations where local hunters say they have seen the bird in the past.

In the end, it was a camera placed on a ridge at 3,200 feet near the Kwama River that spotted the black-naped pheasant-pigeon walking on the forest floor just two days before the expedition team was scheduled to leave the island.

“This rediscovery is an incredible beacon of hope for other birds that have been lost for a half century or more,” Christina Biggs, Manager for the Search for Lost Species at Re:wild, says. “The terrain the team searched was incredibly difficult, but their determination never wavered, even though so few people could remember seeing the pheasant-pigeon in recent decades.”

ABC says that teams have attempted to find the bird in the past to no avail. A two week survey in 2019 found no traces of the bird, though the results of that survey informed the 2022 team of locations to search during their expedition, which finally ended in success.