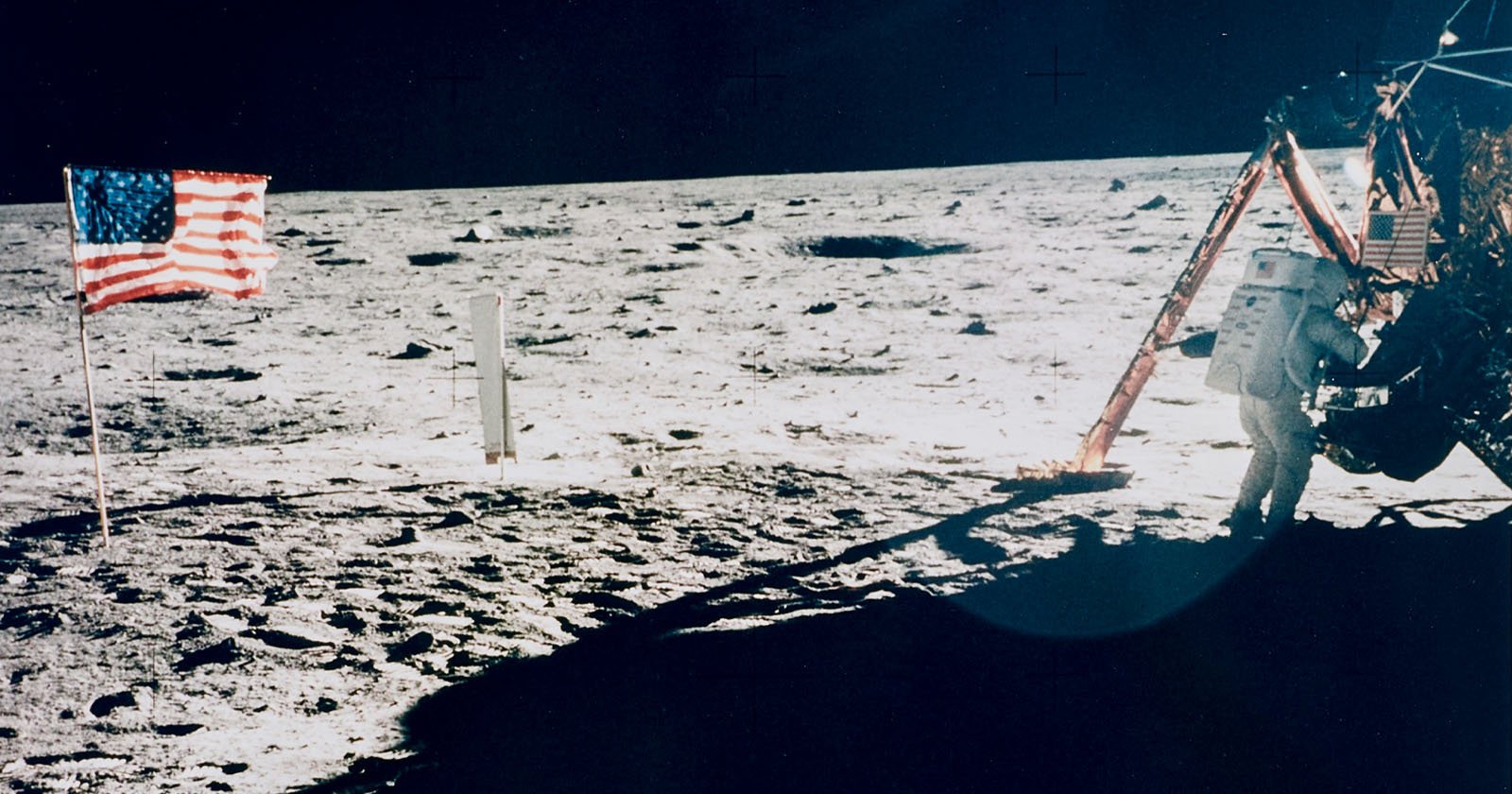 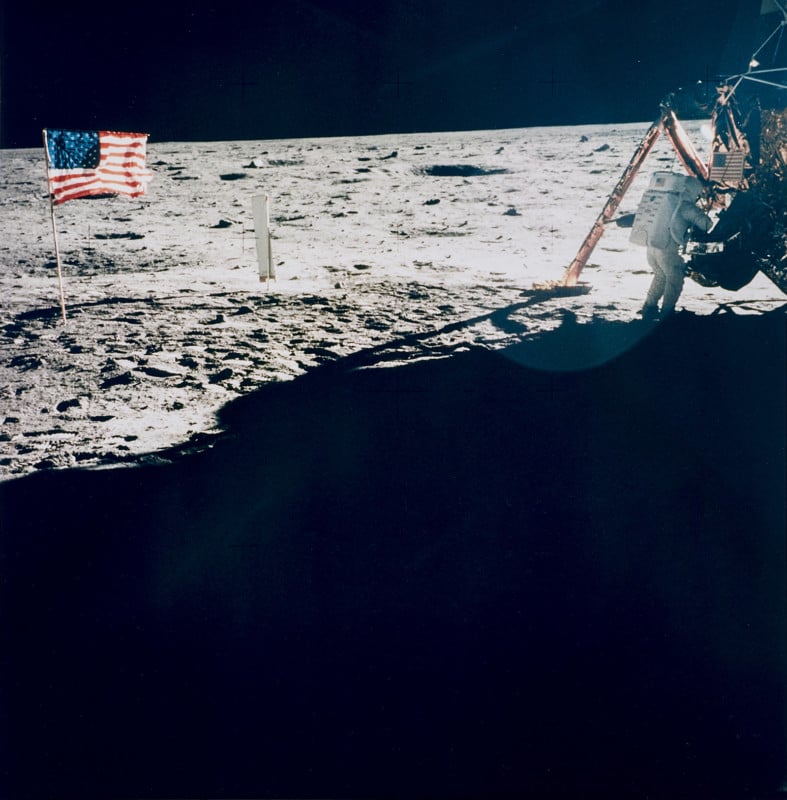 A rare historical print of the only photo taken of Neil Armstrong on the moon is set to go to auction this week and is estimated to sell for a whopping $30,000.

It was believed for nearly 20 years that there were no existing photos of Armstrong on the moon. Armstrong was asked when he had handed off the camera to Buzz Aldrin and he answered precisely that he had not.

Upon returning Earth, the head of Public Affairs at Johnson Space Center (then Manned Space Flight Center) Brian Duff asked Armstrong if he was in any of the photos his division was scouring through to find press-worthy images of their time on the moon.

“Neil, this is Brian. When did you give the camera to Buzz?” Duff asked.

“I never did,” Armstrong replied.

Armstrong said he had left the camera on the MESA for Aldrin to pick up which wasn’t discovered and confirmed until 1987 by two British researchers.

At this point, the story goes that the NASA PR team went with the classic “Visor Shot” of Buzz Aldrin and it was assumed that Aldrin never had the 70mm Hasselblad camera.

That was the story, but according to Bonhams, a privately owned international auction house that will offer the only photo of Armstrong for sale this week, Duff misunderstood Armstrong’s very precise answer.

“He was never intended to hand the camera to Aldrin. The flight plan dictated that Armstrong leave the camera on the MESA and Aldrin would pick it up when ready. Aldrin did indeed use the Hasselbald during the EVA: Images 5876-5900; 5904-5926 on Magazine S (40) are all taken by Aldrin. Two British researchers, H.J.P. Arnold and Keith Wilson independently realized this fact. Wilson, after confirming with Neil Armstrong, was the first to publish his findings in the August 1987 issue of the magazine Spaceflight,” the auction house says.

When this photo was printed, it was thought to depict Buzz Aldrin, not Neil Armstrong. Additionally, very few of this particular image were printed at the time, which makes period prints of the only photo of Armstrong on the moon extremely rare. Bonhams says that it was able to determine the age of the print in its possession by both the paper on which it was printed and by the NASA identification in the margin.

Because of its rarity and age, Bonhams expects this photo to fetch anywhere from between $20,000 and $30,000 during the auction that takes place between November 22 and December 1.

This isn’t the first time a period print of Armstrong on the moon has gone to auction, and while $30,000 is very high for the photo, it might actually be underselling it. The last time this photo went to auction, which was in the 2020 “Voyage To Another World: The Victor Martin-Malburet Photograph Collection” auction, it sold for 52,500 pounds (the average pound-to-dollar conversion in 2020 made that worth about $67,395).

Comparing that specimen to the one that is being offered by Bonhams (above) shows they are different in a couple of ways. Firstly, the previous offering has no red identification mark above it and, perhaps more noticeably, the crop is different as well — this new offering is a much taller photo and shows much more of the foreground.

These photos achieve such high values not only because of their rarity, but also their content.

“Space photography can convey the emotion and achievement of the space program and the beauty of the Solar System more succinctly than any written account,” Adam Stackhouse, specialist for Bonhams Fine Books and Manuscripts department, tells PetaPixel.

“It is surreal and enlightening to see the Apollo astronauts at work on the Moon showcased in the sole full body photo of Armstrong or Bruce McCandless II freely floating in space for the first time or Buzz Aldrin taking the first space ‘selfie’. The sale offers the public an opportunity to acquire the encapsulation of not only these moments but many more.”